Some time ago, I had read about a collapsed tunnel (tunnel #3) near Colorado Springs on old Gold Camp Road. Before going, it took some searching and asking to clearly identify exactly which trail would take me to the collapsed tunnel – but I found it! That is after receiving specifics from a perfect stranger.

As the story goes, a school bus driver (carrying a bus full of children) somehow lost control and crashed into the tunnel – killing everyone. It collapsed the tunnel, but what is not clear is if the falling rock killed everyone upon impact or if it trapped them and they died while trapped.

People have reported hearing children’s laughter and seeing a ghost man. Apparently, also in tunnel #2, people have reported driving into the tunnel (this one is not on the hiking trail – but on your way to the parking lot near the trail) – setting their car in neutral and slowly, the car begins moving…forward…which is a slight elevation gain. Then – some have said there was a child’s handprint on the back end of the car. One person, in a local Facebook group, posted their story and a picture of the handprint. Could have been a fake incident…but she sounded pretty creeped out – so I was inclined to believe her.

But back to tunnel #3 – the collapsed tunnel. I arrived to it on a hot summer morning – with a hazy environment from the current wildfires in northwest Colorado. Though the air quality was not good, I would not be deterred. Especially after driving Gold Camp Road which is quite narrow in spots with no guard rail and many, many potholes – going up and up a mountain. After parking, I hiked up the trail, saw the tunnel and sat there for a bit. It felt awkward with passerby folks walking up past me on the trail. One woman asked her husband what I was sitting and looking at. My back was to them, so I imagine he shrugged since I didn’t hear a verbal response.

So…is this place really haunted? It’s been my experience that places of traumatic death – especially of multiple people – tend to hold that energy (meaning the deceased stick around).

I was looking at this – sitting on the rock to the right:

I moved up closer to the metal bars and looked in.

I saw a deceased man standing all the way across to the other side. I asked him to tell any children to come out and I could help them. He didn’t answer me, but a little girl arrived. She was wearing a white simple dress that went below her knees. She had long blonde-ish hair.

I waited for her to speak and indicated I could help.

“They took the wrong turn…” she said.

“Can you be more clear?”

“Is that how you crashed?”

“There’s more in there,” she said while pointing into the tunnel.

She wanted me to go into the tunnel.

I noticed a slight opening to the left and decided to go in. 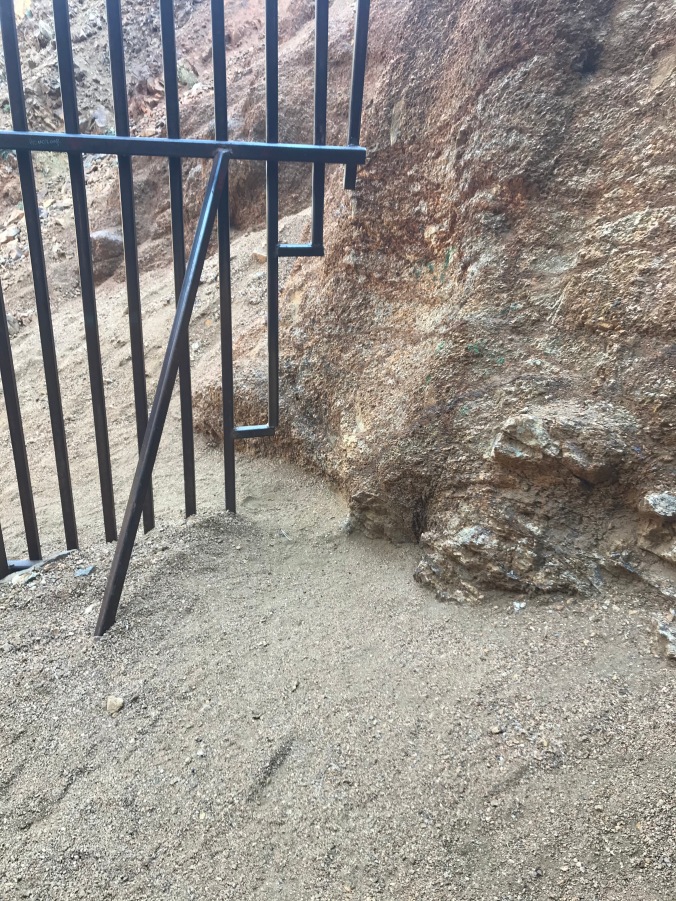 My hesitation was not about ghosts but about disturbing a sleeping homeless person after noticing tons of graffiti. Or any person for that matter…

After slipping through the opening, I found a rock and sat looking into the tunnel for any more energy.

I noticed a little boy, wearing dark-colored shorts that went to right above his knees. His hair was short-ish and brown.

He pointed to the other side of the tunnel toward the other gate.

“Some went that way. Looking for their parents,” he said.

“I didn’t want to…” he added while looking down.

“You can cross over, you don’t have to stay here – you get to go home – the other side home.”

He wasn’t sure how to do that.

I looked for the girl and saw her across from me on the left side of the tunnel whereas the boy was on the right.

But…what she showed me was not a light to cross over. They were flashlights from people who had gone into the tunnel.

“Close your eyes and imagine light. All around you,” I said.

He nodded. The girl saw it too. She looked surprised by the light.

They moved on to a much better reality.

I invited any other children to follow me home where I could help them there – an invitation a few accepted.

Side note: I tried the car sitting in tunnel idea. But I did it on the way back, where putting your car in neutral will make it begin rolling forward since I’m not facing upward, but downward the mountain. I put my car in park and sat there until I saw another car coming (about one minute later). After I left the tunnel, I checked the back end of the car. No handprints.

In the end, is the tunnel haunted? I’d say at the very least it has nonphysical activity that may continue to stick around.

A few pictures of the hike that have no relation to ghosts: 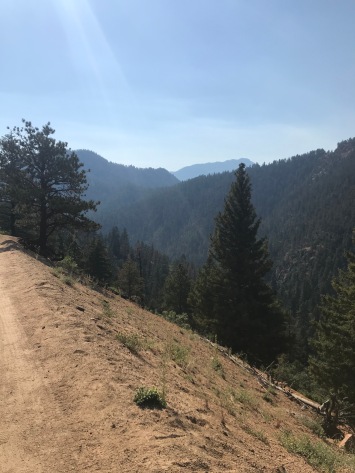